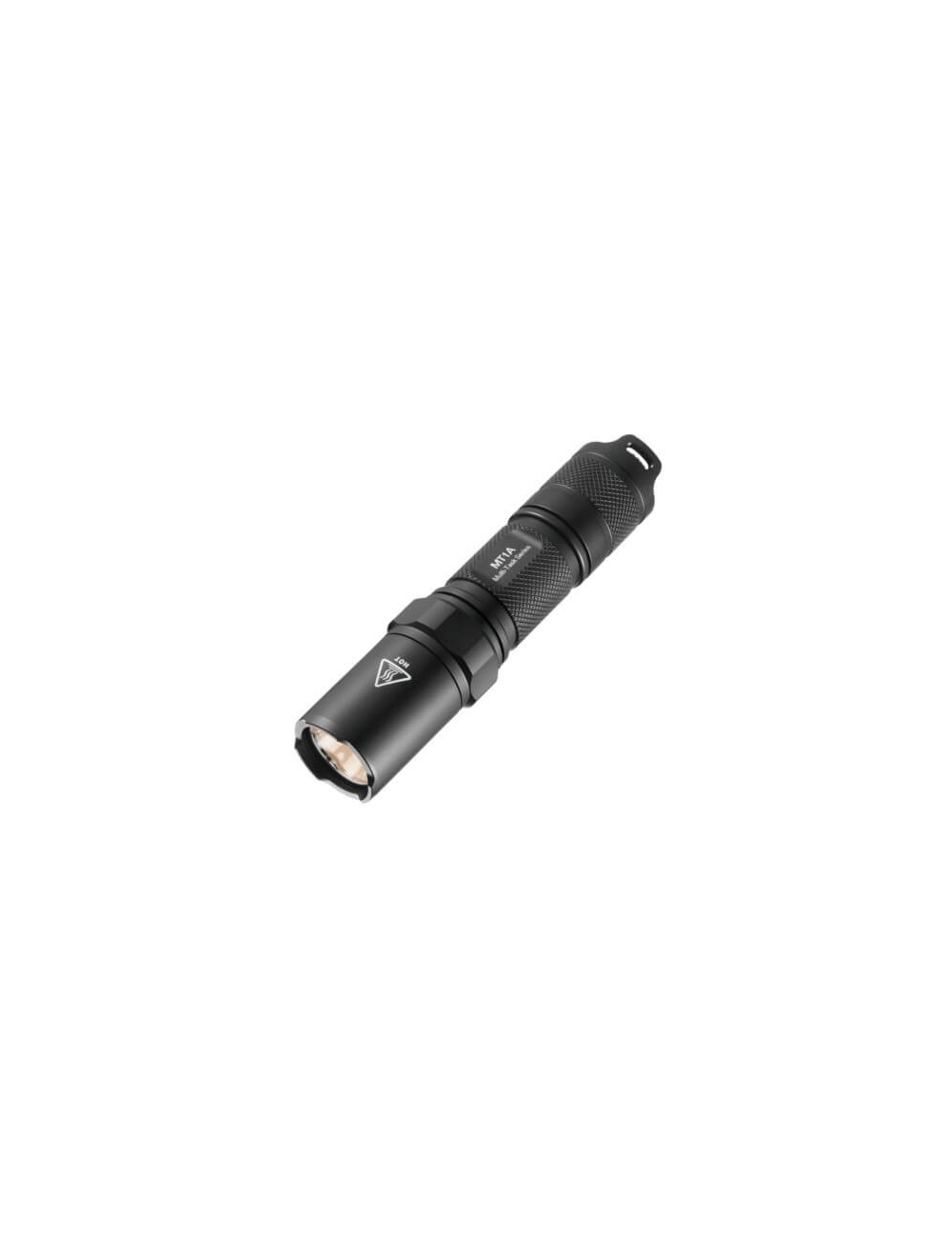 A flashlight from the MT-series (Multi-Task) from NiteCore for a flashlight with an excellent price/quality ratio.

Our website is equipped with extensive SSL security and approved for Webwinkelkeur.

Free shipping within the Netherlands, Belgium and Germany! Ordered before 22:00 shipped the same day

Returns in accordance with conditions within 30 days for free in the Netherlands, Belgium and Germa

The NiteCore flashlight MT1A Multi-Task series 180 lumens - Black is one of the flashlights from the MT-series from NiteCore. A series of flashlights that are designed to be used in many different situations to be able to be used.

The lamp is a so-called smart control is present, by a small turn to the lamp head, you can for example switch between two modes. By the use of the tactical switch on the back you can switch the lamp on and off, but also between the various modes and functions. The torch remembers which function you last used in the second position, it allows you to, by a quick turn of the head to switch between, for example, stoboscoop and turbo, or between low and turbo. This you always have your most used modes at your fingertips.

The flashlight features a CREE XP-G2 R5 LED up to 180 lumen, can deliver and 115 meters far can seem with a maximum light intensity of 3350 candela. With the black aerospace aluminum housing, the flashlight is protected against a blow. Also the lens is extra strong by using double-sided coated glass. The flashlight has a rating of IPX-8 which means that it is waterproof up to 2 meters. This is the flashlight ideal for outdoor, industrial and tactical activities.

This flashlight operates on a single AA Mignon battery (not included). Also, a rechargeable AA Ni-Mh battery, a AA L91 lithium battery, or LiFePO4 14500 battery can be used.

This model has the following lichtstanden, strobe and SOS mode:

* The indication of the light intensity is according to the ANSI / NEMA FL 1-2009 standards. This means that the values are lower than old problems. Of course, this lower value has no effect on the brightness of the lamp. The advantage of the ANSI / NEMA FL 1-2009 standards is that the values with each other can be compared and a realistic picture of the daily practice.

The compact flashlight from NiteCore is only 10.5 inches long and has bad 1 AA battery needed to be able to burn it, and then also up to 60 hours on the lowest setting.

The flashlight includes a removable clip, and is further supplied with a wrist strap, replacement plastic cover and a replacement sealing ring.